As is often the case, our March microadventure didn’t quite work out as planned. Still flexibility is my middle name (as it is all parents!) so with a last minute modification to plans we set out for a Black Down Pokémon hunt.

Located close to the Surrey border near Haslemere, at 280m Black Down lays claim to being the highest point in Sussex. It is also the highest point in the South Downs National Park. On a clear day it is a glorious spot, greatly admired by Tennyson who wrote; “You came and looked and loved the view, long known and loved by me, Green Sussex fading into blue with one grey glimpse of sea.”

My original thought had been to climb the highest point in Sussex and conduct a Pokémon hunt at the top, but having not visited since early childhood, I hadn’t realised that the car park I had earmarked was actually most of the way up. Note to self, do more research next time! It was already late in the day so the option of finding another place to park and a route up was fading fast. So we decided on the spot to make a Pokémon hunt on the highest point in Sussex our main goal, as opposed to a big climb up, much to the delight of the two boys in my company. 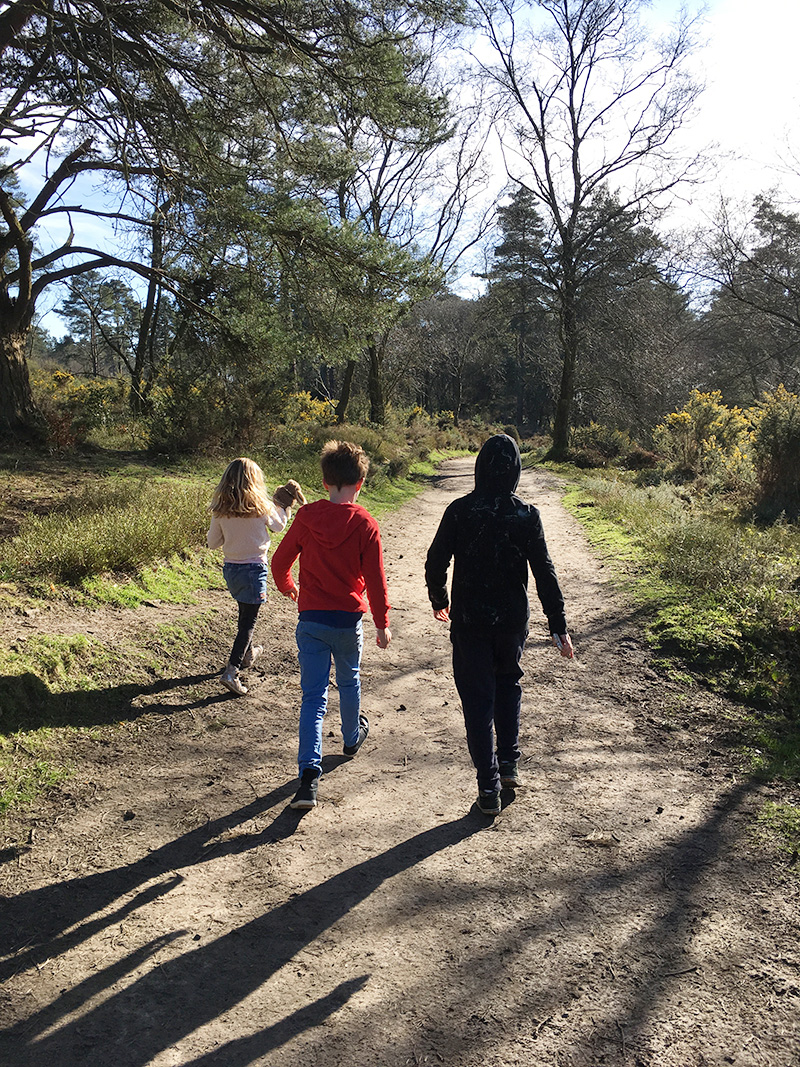 We were incredibly fortunate with the weather once again. It was a crisp afternoon with the clearest blue skies. After parking in Tennyson Lane we grabbed a handy National Trust map and headed off, up through woodland, following the sandy pathways which criss cross the down. Once used by drovers they now provide a plethora of routes to explore. The three kids charged ahead jumping heathers and shouting about ‘Charmanders’ (or something). I’m not fully au fait with the workings of Pokemon Go, although aware of the variety of creatures and the general idea behind it, having watched the odd cartoon episode back in the carefree, pre-child days (Saturday morning hangover telly as I remember). 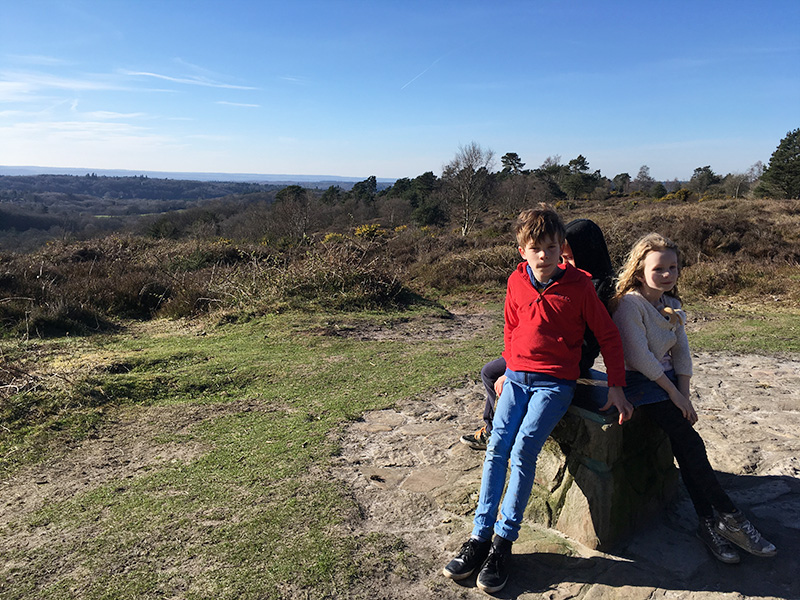 For the uninitiated (or those who have been living in a cave), it is in short a free-to-play smartphone app whereby players use the device’s GPS to locate, capture, battle and train virtual creatures called Pokémon. It’s a mixed blessing as I see it these days; on the plus side it means my eldest often suggests we go for a walk or to the beach or somewhere nice and outdoorsy. That in itself is something of a miracle. On the down side it means sacrificing my phone (and having my own Poké-battle to get it back at the end of the hunt) and that at least part of that walk is spent by said eldest with head down, talking to himself about the merits of Squirtles and making annoying detours in order to grab a Pokéstop, rather than enjoying the glories of nature around us. In fairness I guess at age 9 beautiful views weren’t my priority either.

We roughly followed a route called ‘The Temple of the Winds’ walk. The Temple of the Winds is named after a Bronze Age circular bank which commands possibly the most breathtaking view in Sussex. You can see for maybe 20 miles from here across an unspoilt patchwork of Sussex countryside. It’s incredibly beautiful and demands a sit down on the curved stone seat, in order to adequately drink in the vista. It also has a great climbing tree handily positioned to keep the kids happy for a while while you soak it in. In fact the kids found several good climbing spots on the way round Black Down, ever alert as they are to such opportunities. 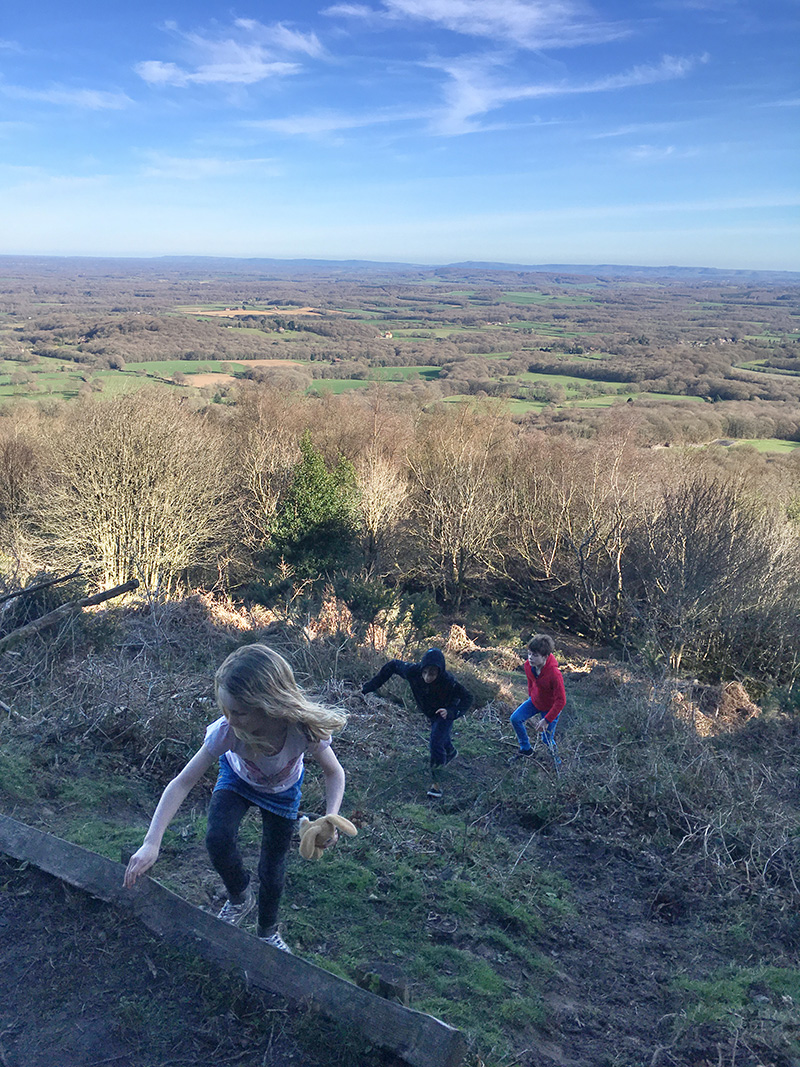 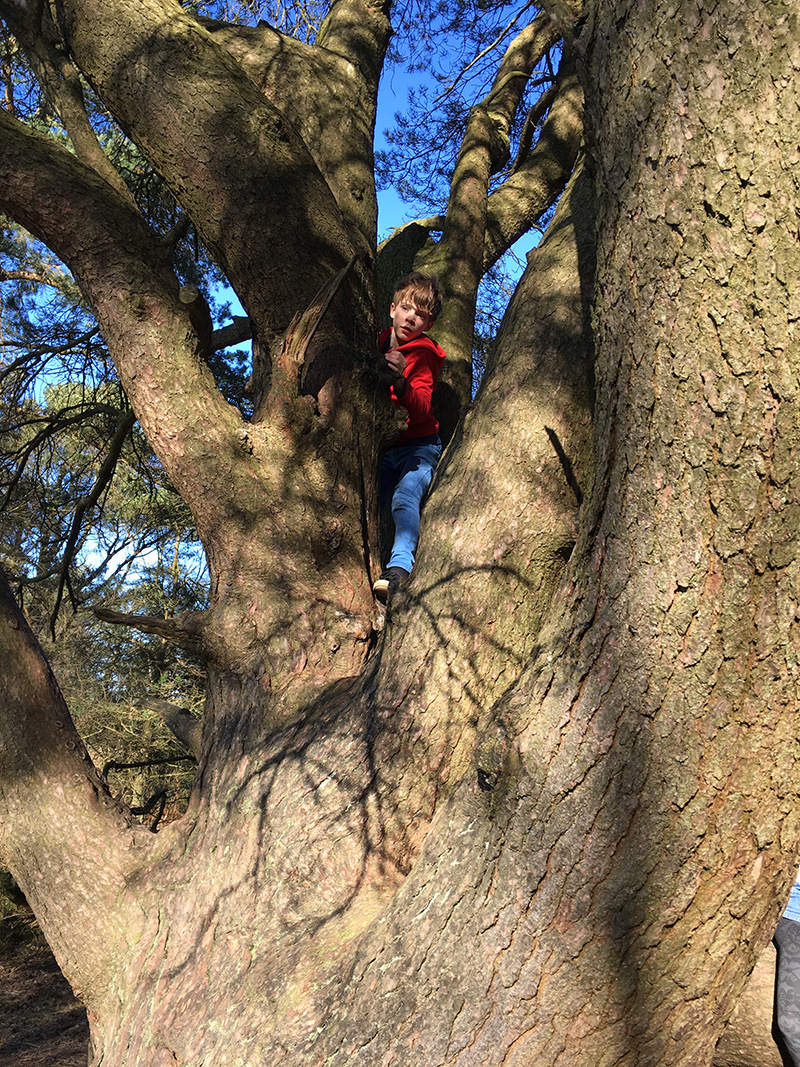 On our route back we passed through more very lovely woodland where golden beams of early evening light were streaming between the trunks. The kids found an abandoned football to play with for the last km or so, speeding the return journey as dusk approached.

I have since learned you can walk from Lurgashall village to Black Down and up the steep southern escarpment which provides a reasonably challenging journey. Still on this occasion I was happy to enjoy a nice ramble for a couple of hours with a happy group of Pokémon hunters, glorious sunshine and the best views in Sussex for company. 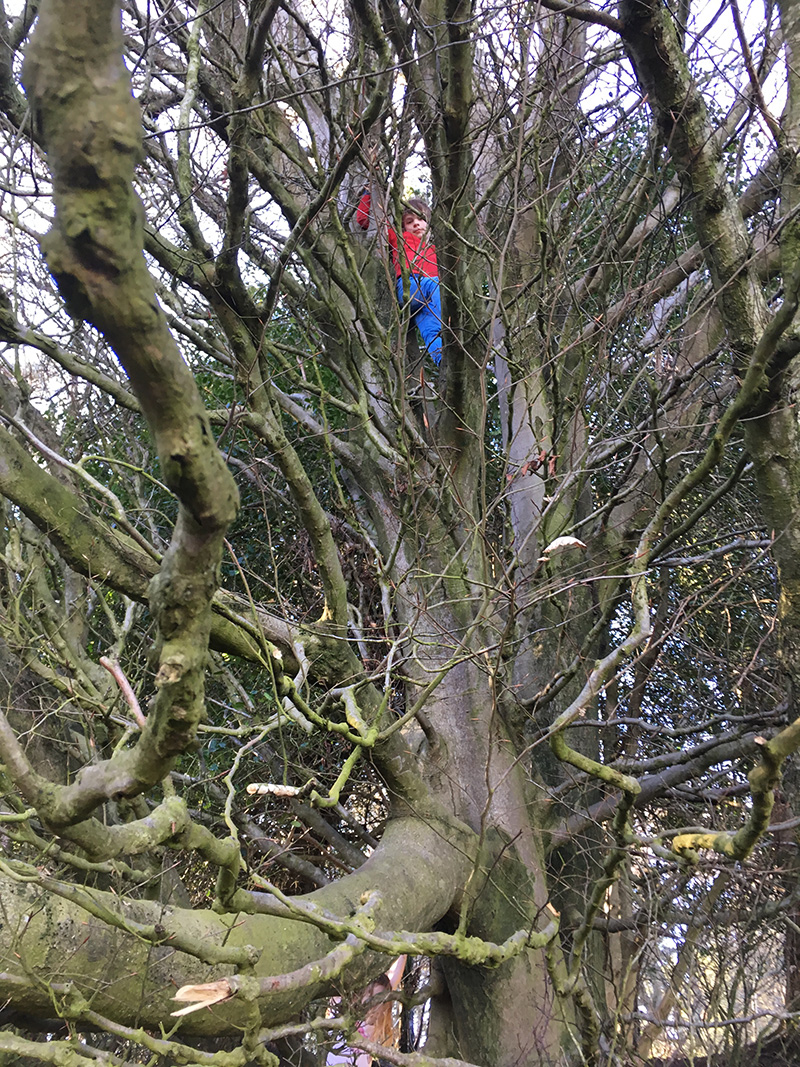