Every year on New Year’s Eve a dear friend of mine organises a meet up and family walk, a gathering of friends at the end of the year.

On a rather misty New Year’s Eve morning we met outside The Star and Garter at the downsland village of East Dean in Sussex. A fair balance of adults and children forming a group of almost twenty, connected by our mutual friendship with the organising couple and their family. Preliminary greetings made, we set off up a quiet, narrow lane in a long, straggling line. The kids quickly palled up with mates into little groups, or plugged in iPods. The grownups chatted cheerily in twos and threes as we meandered along, catching up with friends rarely seen and making new acquaintances. 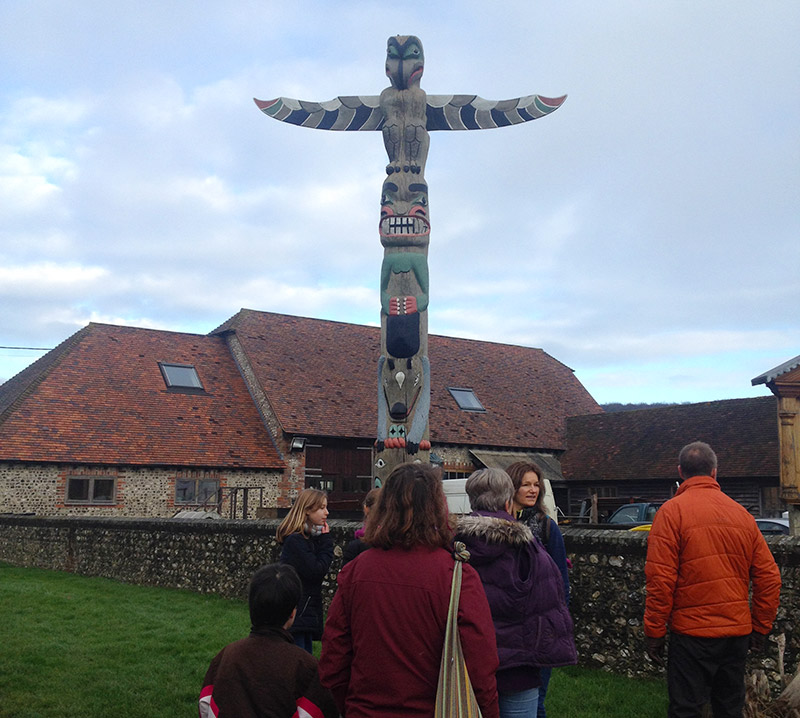 The walk was just over 12km, a circular route with a pub stop for refreshments almost exactly halfway round. We passed a farmyard where a boy on a quad bike was yelling at an errant sheepdog, (there is an awesome campsite here at New House Farm by the way, basic but in the most beautiful spot) then wound up the hill through farmland and into Charlton Forest. The sun began to push through behind us creating low golden channels of lovely winter light between the trees, as we followed a wide forester’s path to the brow of the hill. Our single canine companion charged about the woods following scents and amusing children… we estimate he must have covered at least 30km during the day. 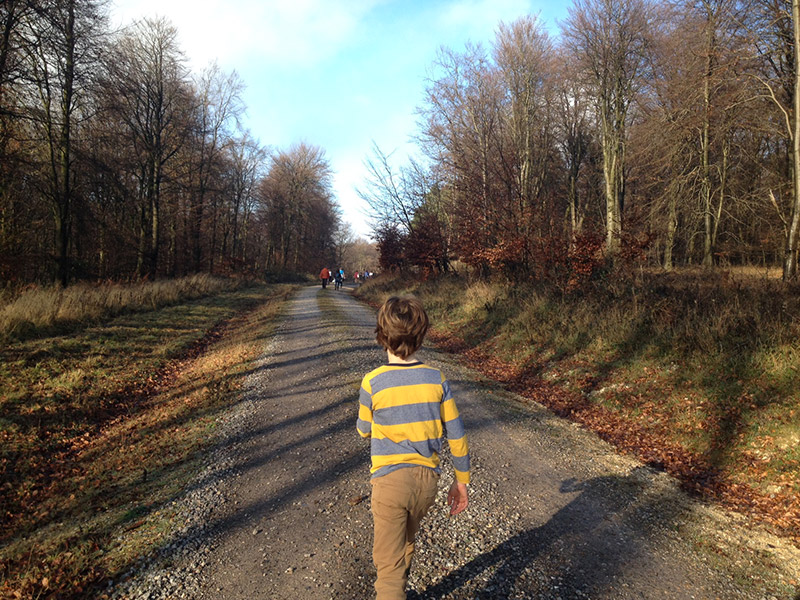 Our capable organiser Pip headed the trail with a map and walk guide downloaded from Fancy Free Walks, a fantastic resource for planning your rambles. Gratefully guided by her we trooped on through the forest and sticky mud until finally we discovered what we were looking for, a signpost directing us to The Unicorn pub at tiny Heyshott. Twenty minutes ahead, downhill… hurrah! At that point the pace quickened considerably as everyone scrambled down the last mile looking forward to warmth and refreshment.

Crisps, peanuts, cokes and cold beers were gratefully supped. The Unicorn was welcoming and served fine ale. Then we strode forth into the chill afternoon, across a field followed by a steep wooded scramble up to the highest point of the day. Had the weather been clearer the views would have been stunning. But there was still a lot of breathless pleasure to be taken in the misty downland panorama, along with the satisfaction of a healthy climb accomplished. 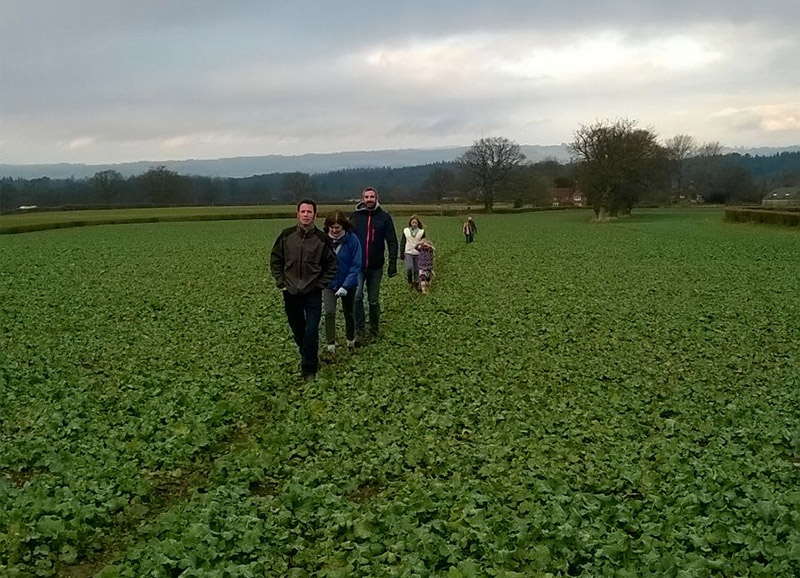 We plunged back into woodland and downhill mostly now, skirting fallow fields until at last we saw the cluster of East Dean appear below us. As the light began to lower we arrived back at the warm welcome of the Star and Garter, who were fortunately on hand to serve food even this late in the day, a fact we took full advantage of. Cold beers, chunky chips and a delicious baked camembert were consumed, before the party gradually dispersed into the wintry evening darkness.

The kids were all troupers. We had some hefty complaining about one third of the way in from our quarter, but this too passed and despite proclaiming he was “never going on a walk again”, Jay continued from then on in a fairly steadfast fashion. Our youngest had a ball, chatting merrily to her older gal pals throughout the day. I was proud of them both at the end.

This was such a lovely event I thought I’d share it in the hope of inspiring others to set up something similar. A perfect microadventure which presented a good physical challenge particularly to the youngest walkers, and which left a warm glow in hearts and cheeks at the turn of the year. Happy hiking in 2017! 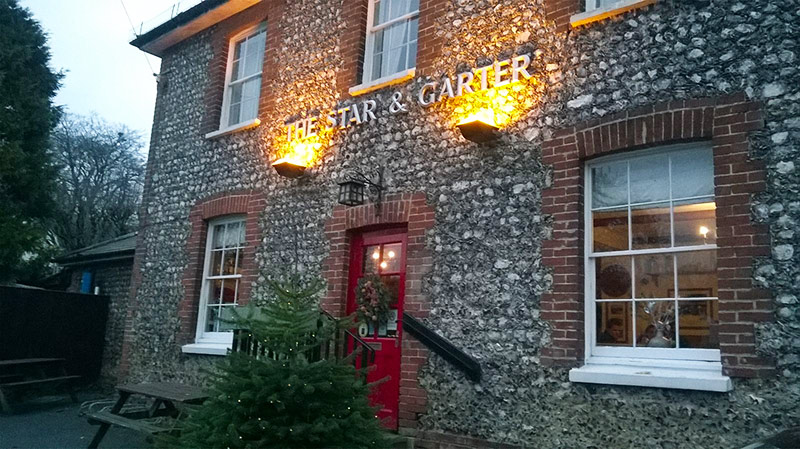 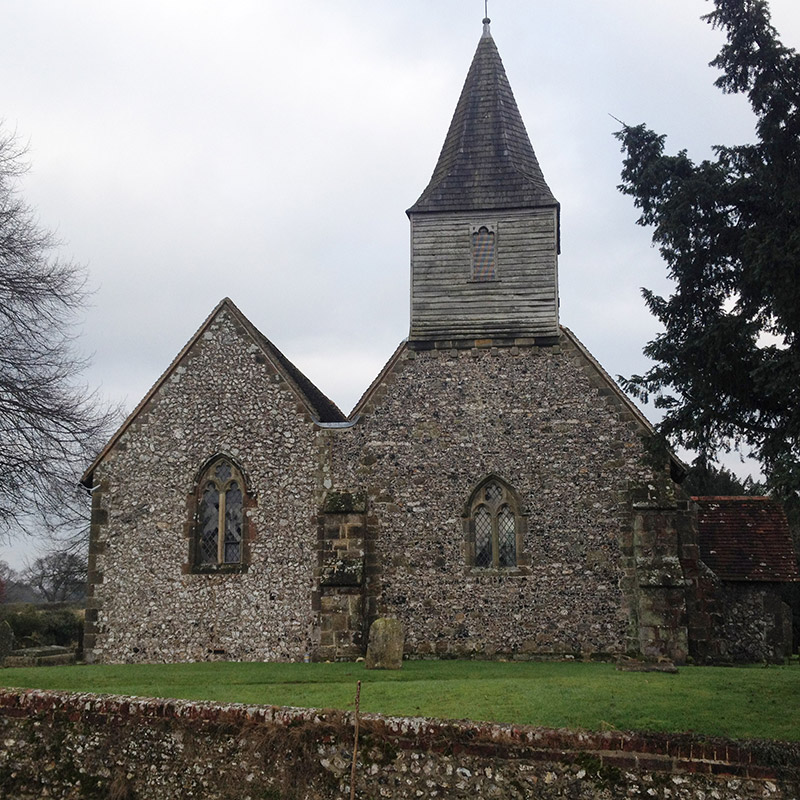